While these topics are directly related to our area, we feel they are of interest to our members.

Great Lakes are Priority for Washington and for ESLA

In 2007, the Great Lakes emerged as a top priority in Washington, as Tip of the Mitt Watershed Council joined more than 200 citizens, members of the Healing Our Waters-Great Lakes Coalition, Great Lakes Commission, and other organizations for the annual Great Lakes Day. In addition to advocates from all the Great Lakes states urging Congress to restore and protect the Great Lakes, a bipartisan group of U.S. lawmakers introduced a bill that provides manageable solutions to accomplish that goal. 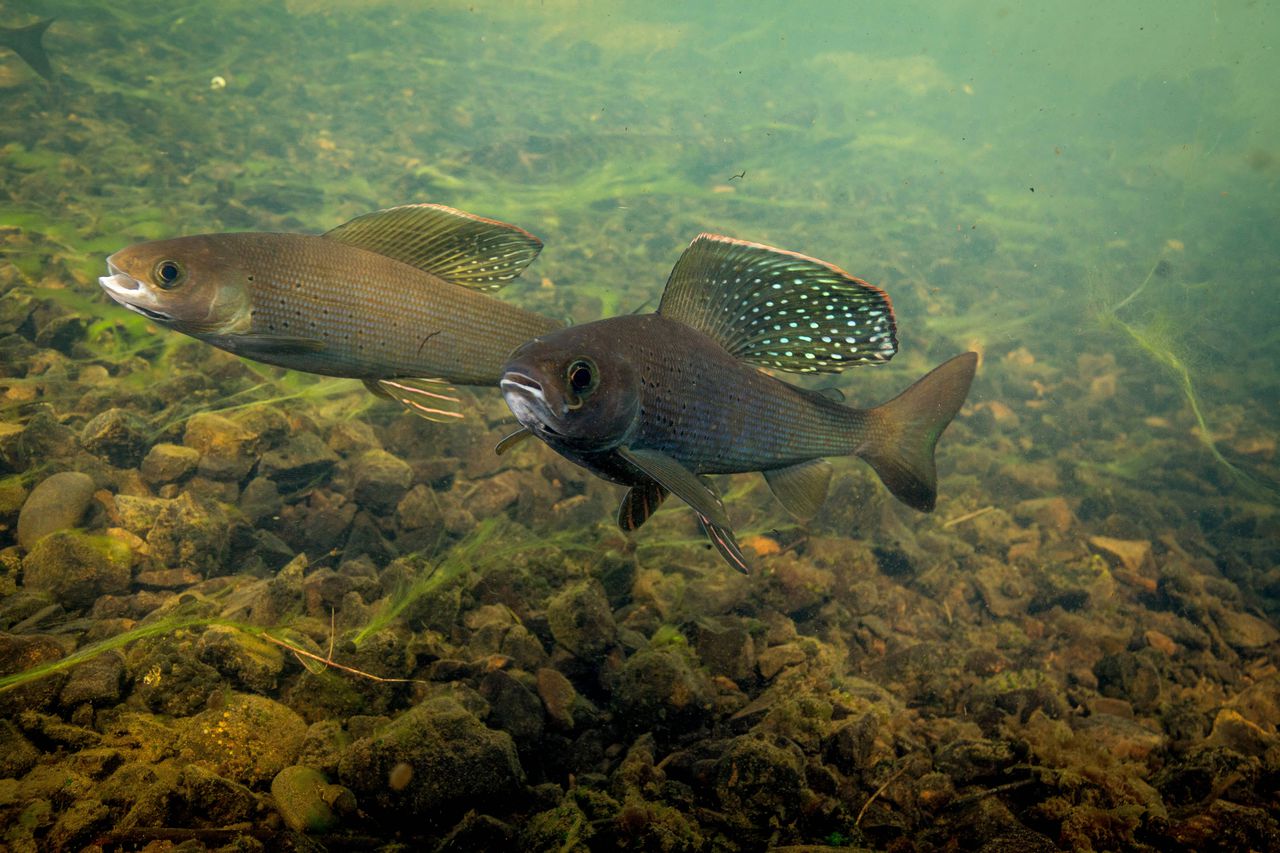 In a crucial step toward the reintroduction of Arctic grayling to Michigan waters, 4,000 young, healthy fish were moved this month to a facility with conditions that will trigger spawning.

Known for its large, sail-like dorsal fin and light blue and sometimes iridescent pink bodies, the native grayling has been absent from Michigan waters since the 1930s. Native populations are now found only in Montana – where they were reintroduced using a program that Michigan is now replicating – Alaska, Russia and Canada.

Michigan’s first year-class of future broodstock, averaging 6.5 inches long, was transferred in September from the well-fed Oden State Fish Hatchery near Petoskey to the Marquette State Fish Hatchery where fish are reared in water that mimics the grayling’s natural habitat.

The Little River Band of Ottawa Indians hosted an update on the project of the Arctic Grayling Initiative on October 8 at the Little River Hotel and Casino in Manistee. The following is an overview highlighting the status of the project in several key areas.

Dan Sampson, DNR fisheries biologist, and manager of the Oden State Fish Hatchery described the UV water treatment facility that is now operational at the hatchery. All water circulating in the grayling tanks are treated with UV light prior to discharge from the hatchery to assure that any viruses or other pathogens are prevented from entering surface waters. The system has redundancies and alert systems to prevent power loss, internal pressure failure and tank overflow from occurring. 3700 Alaskan grayling fingerlings were transferred from MSU in August of 2019 to become the first batch of brood generation raised at the Oden hatchery. These are currently over 2.5 inches long and growing rapidly. In three to four years they will be transferred to the Marquette State Hatchery for temperature fluctuation acclimation before spawning eggs that will be introduced in tributaries of the upper Manistee for the first trial introductions.

Data from studies conducted by researchers at Grand Valley to determine optimal design and placement of in-stream remote incubators was presented. Brook trout eggs were used in these studies in lieu of grayling eggs. While the size of the incubator did not significantly impact survival to hatching, a higher flow rate and distributing a given number of trout eggs among a greater number of incubators appear to improve the chances of egg survival.

MSU researcher Nicole Watson has determined that, unlike other salmonids, grayling begin to feed immediately upon emerging to the stream and completely absorb their yoke-sacs within 3-4 days. This shows the importance of healthy stream ecology with abundant zooplankton key to the fish’s development and survival. Dr. Watson continues to study the inter-species ecology of grayling in the presence of brook trout and brown trout. Her studies of artificial stream settings in her lab found that sharing habitat with brown trout resulted in 80 percent mortality of grayling fry. In contrast, grayling and brook trout coexisted well and even schooled together.

Funding for stream assessments in the upper Manistee and Boardman rivers has been allocated in part through a GLRI grant obtained by the Grand Traverse Band of Ottawa and Chippewa Indians. Funding remains to be found for assessing feeder streams in two other systems targeted for introduction, the Maple River in Emmet County and the Upper Jordan River in Antrim County. At present, the first introductions or arctic grayling to Michigan streams is targeted for 2024. The target number of eggs to be placed in streams in the first year of introduction has not yet been established. However, it has been postulated to be in the range of 800,000 eggs (potentially placed in 400 5-gallon RSIs). Thirty-two streams have been nominated for introduction to date. More nominations will be considered, with the highest priority being given to streams know to have held grayling historically and those demonstrating a high degree of public support, in addition to being cold-water streams with public access. In addition, nominations of small isolated (no surface water inflow or outflow) cold-water lakes for the planting of future excess broodstock are invited.

Nominations can be submitted to Jay Wesley of DNR fisheries at wesleyj@michigan.gov.